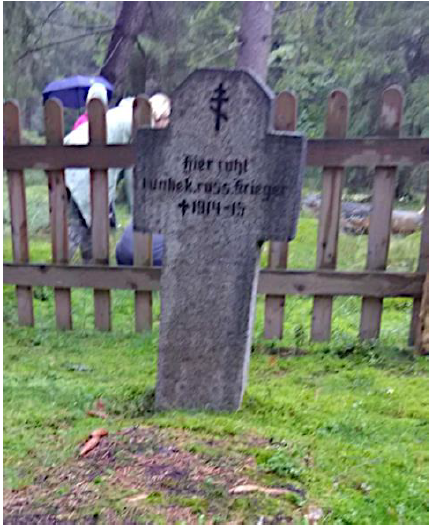 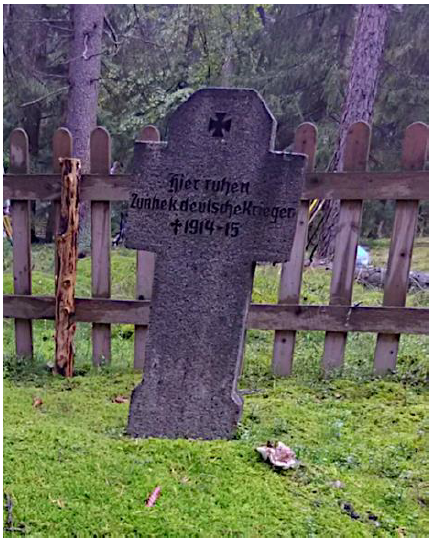 In the graves No. 1 to 4 and No. 6 were buried unknown Russian and German soldiers, who were probably killed during the Winter Battle in Masuria in February 1915 or a previous battle between Germany and Russia.[1]