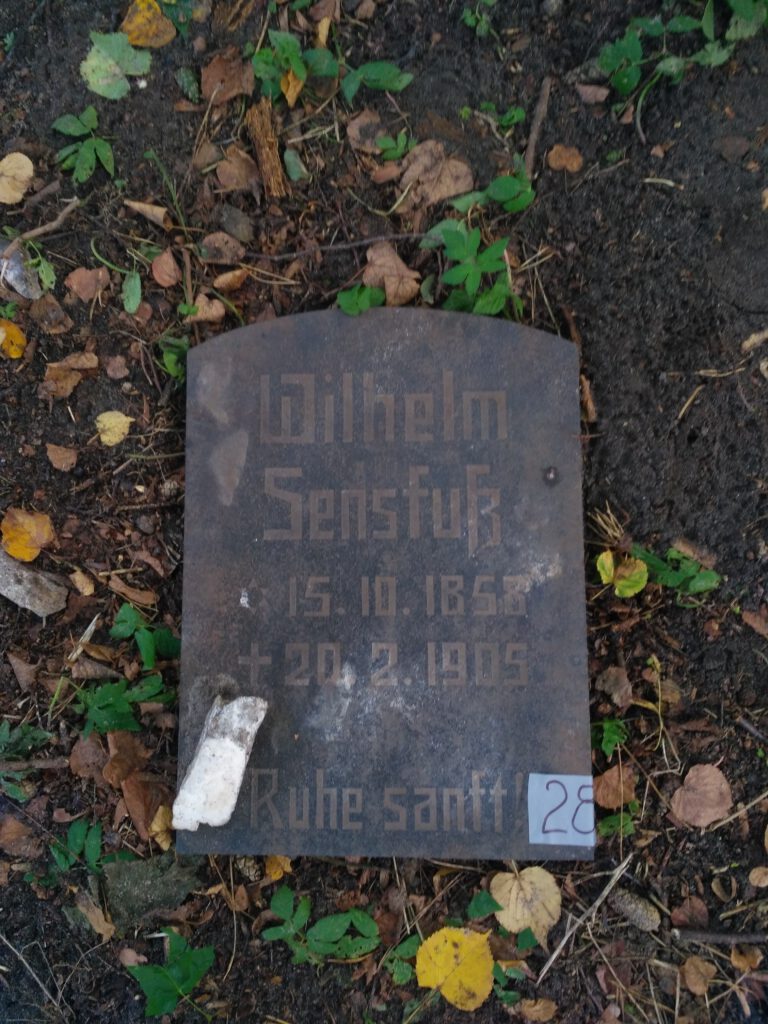 (Friedrich) Wilhelm Sensfuss was one of at least twelve children of his father of the same name. His parents are also buried in the cemetery of Groß Steinort.[1] Sensfuss senior had married Carolina Wolf, whose father was a miller, in 1850.[2] Several of Wilhelm´s siblings did not survive their childhood. A year before him, his mother gave birth to a boy of the same name, who died after only three months[3] – otherwise the next child would hardly have been given the same name. Like his father, Wilhelm learned pottery and lived in Amalienruh. Unlike his father, who had managed to become a master, he was still a journeyman when he died there at the age of 46.[4]

In a memoir, which can be dated on the year 1907, a potter Sensfuss is mentioned who worked for the estate of the Lehndorffs in Steinort.[5] This was probably Wilhelm’s brother Ernst, who was three years older and a potter in Amalienruh when he married at the registry office in Angerburg in 1906.[6] Probably the older brother had taken over the workshop from the father, who had died in 1892,[7], while the younger one continued to work there as a journeyman. In the Sensfuss family there were many potters besides some innkeepers. Professions, like names, were often passed on from father to sons.