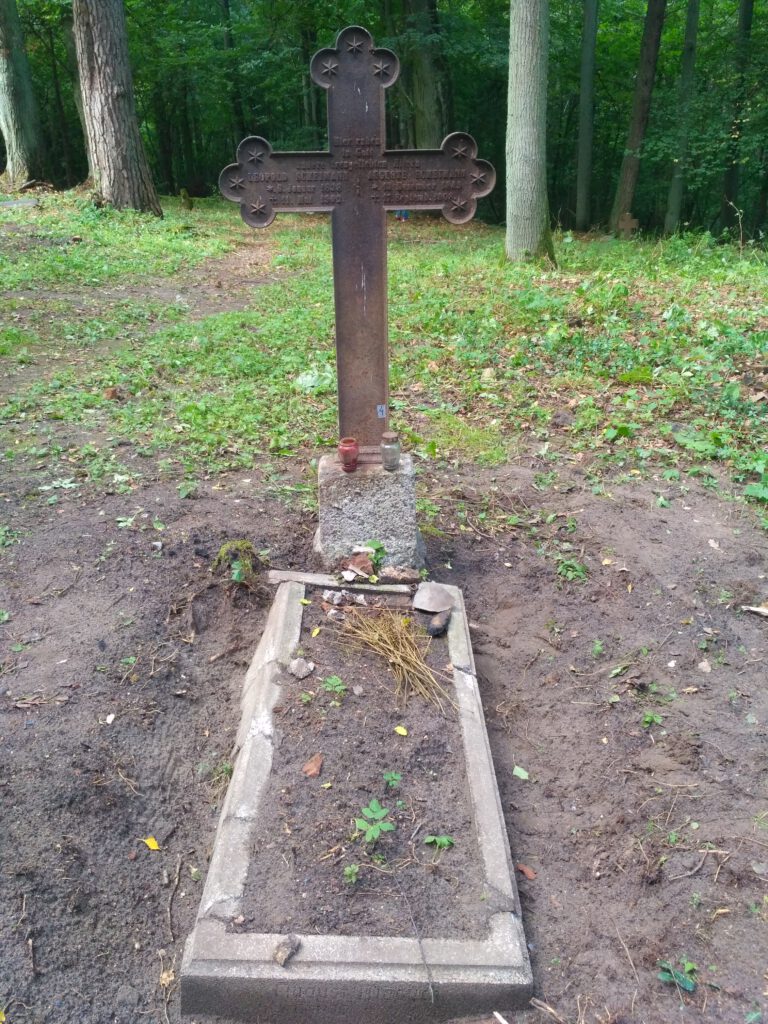 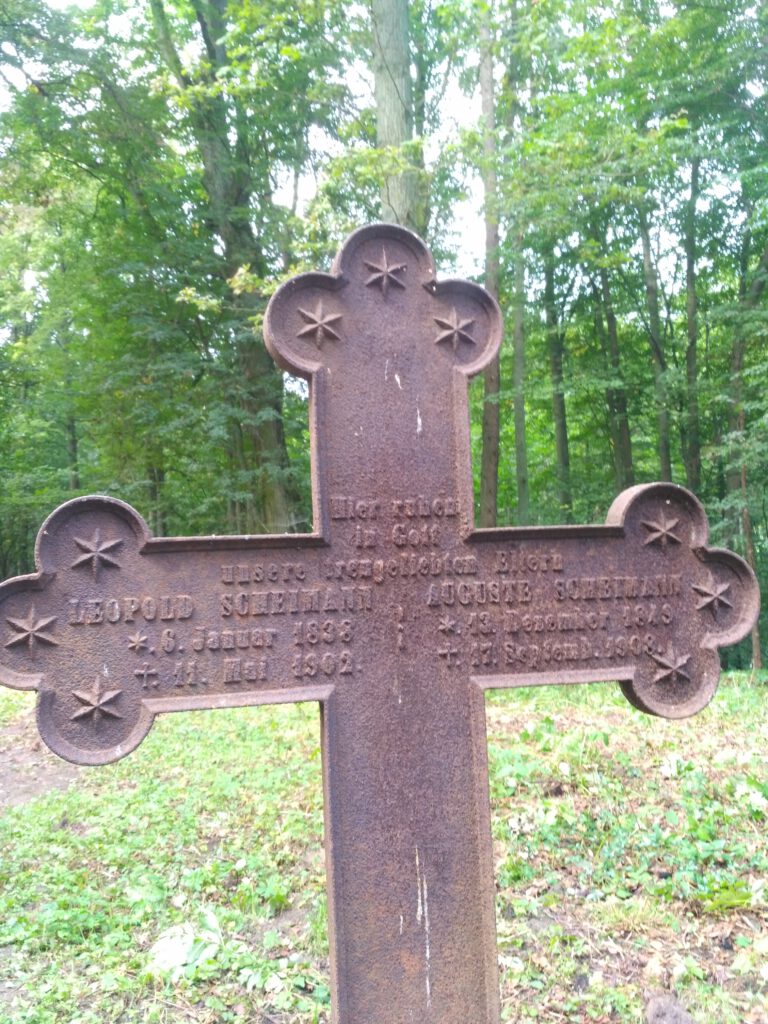 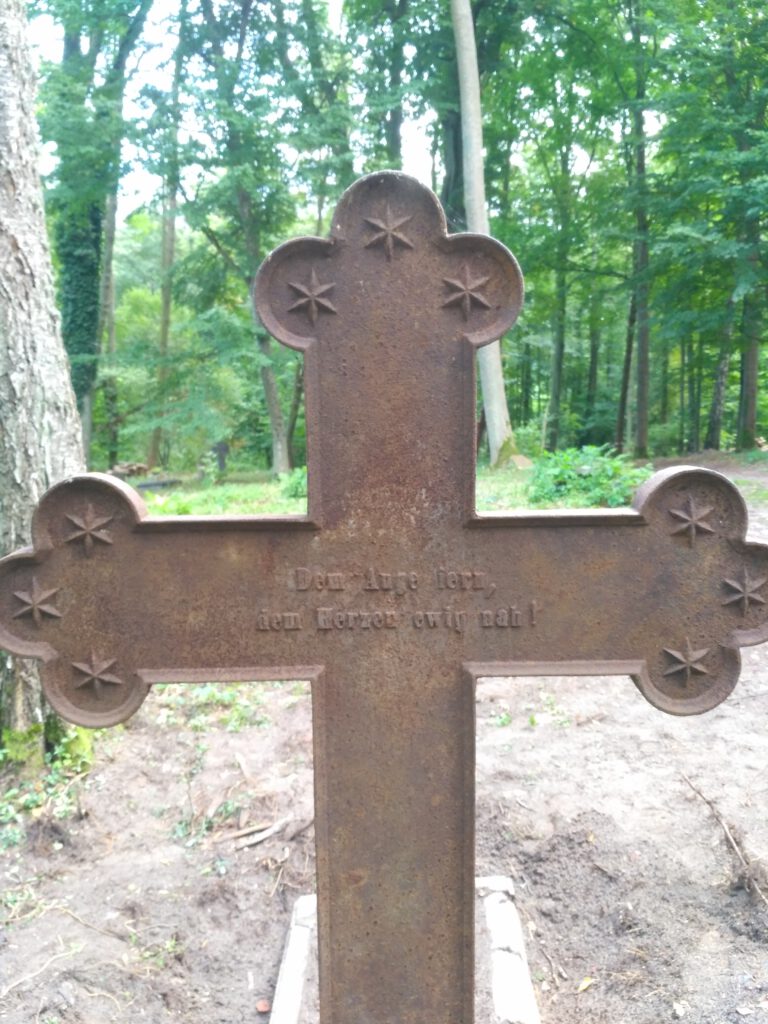 Back: Far from the eye, close to the heart forever!

At the beginning of the 20th century, the Scheimanns were a large family in the area around Steinort. They were considered “old-established”.[1] Members of the family had already been servants of the Lehndorffs at Steinort Castle and in Stobben in 1785.[2]

A Leopold Scheimann lived as a propertyless instmann and worker in Labab. In 1890 he was mentioned at the wedding of his son August with Auguste Masuch in Groß Steinort.[3] From 1908 to 1910, Amalie, Franz and Lina Scheimann named him as their father at their weddings.[4] His wife Auguste, who is mentioned only on their common tombstone, was just 14 years old at the birth of Leopold’s eldest son August in 1864.[5] For that reason she can hardly have been his mother. Instead, this was probably Henriette née Czeczor, who died in Labab in 1880 as the wife of the instmann Leopold Scheimann at the age of 48. So Leopold was apparently married twice. With his second wife Auguste he had the children Amalie, Franz and Lina.

In 1945, a deputant named Karl Scheimann, a farm worker who was mostly paid in kind, lived in Labab with his wife Emma. Also in Klein Steinort and Kittlitz there were still Scheimanns at that time.[6]