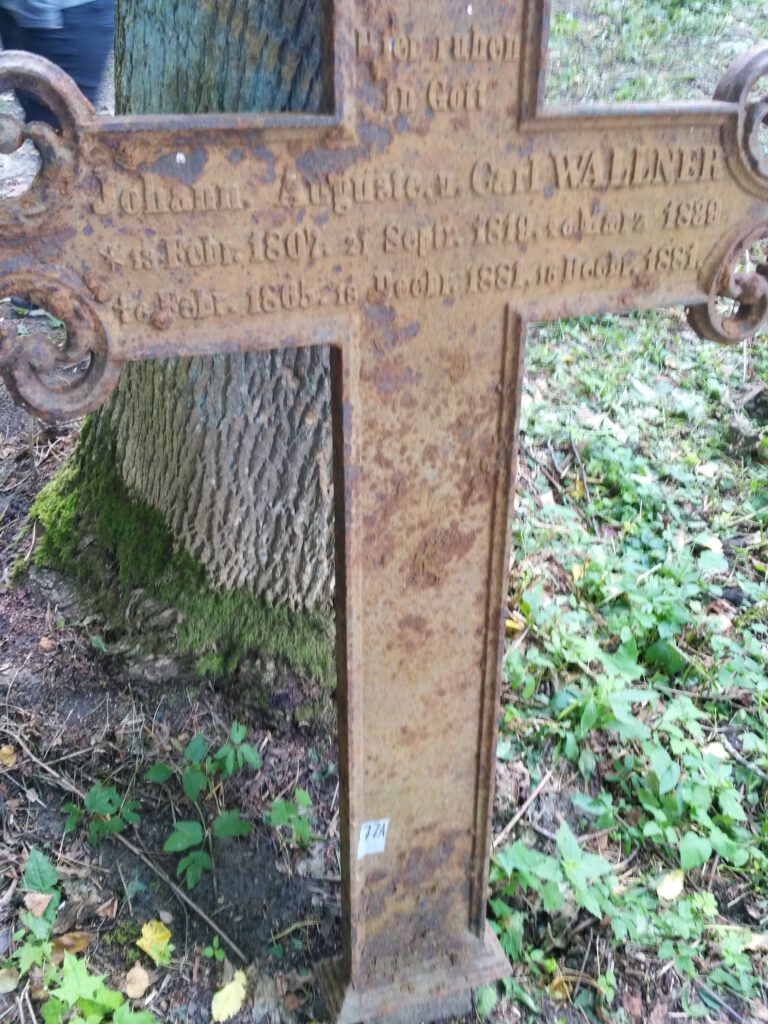 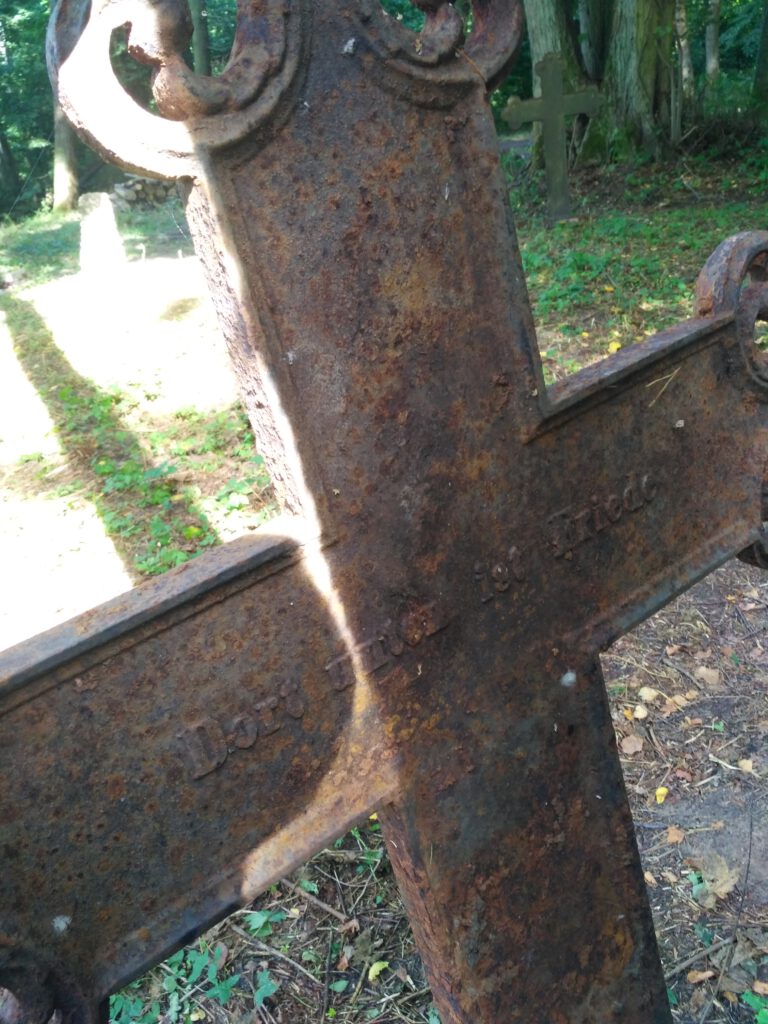 Back: There’s peace down there

Johann Wallner worked as a master smith in Groß Steinort.[1] His wife Auguste Wallner was born with the name Hagelweide.[2] She may be the younger sister of Adolf Hagelweide, who is also buried in this cemetery.[3] Johann and Auguste had at least six children, more probably eight, of whom at least three died as toddlers.[4]

Carl Wallner is one of the two children whose father was Johann Wallner, but in whose case we lack information about his mother. He seems to have led a reasonably eventful life. In 1859 he worked as a piano tuner. At his death in Groß Steinort he was then listed among the local poor. The exact date of his death differs somewhat from those on the grave cross: either the 15th or 19th of December 1882 (!) is given here, but the year of birth is 1839 and the father was called Johann Wallner.[5]