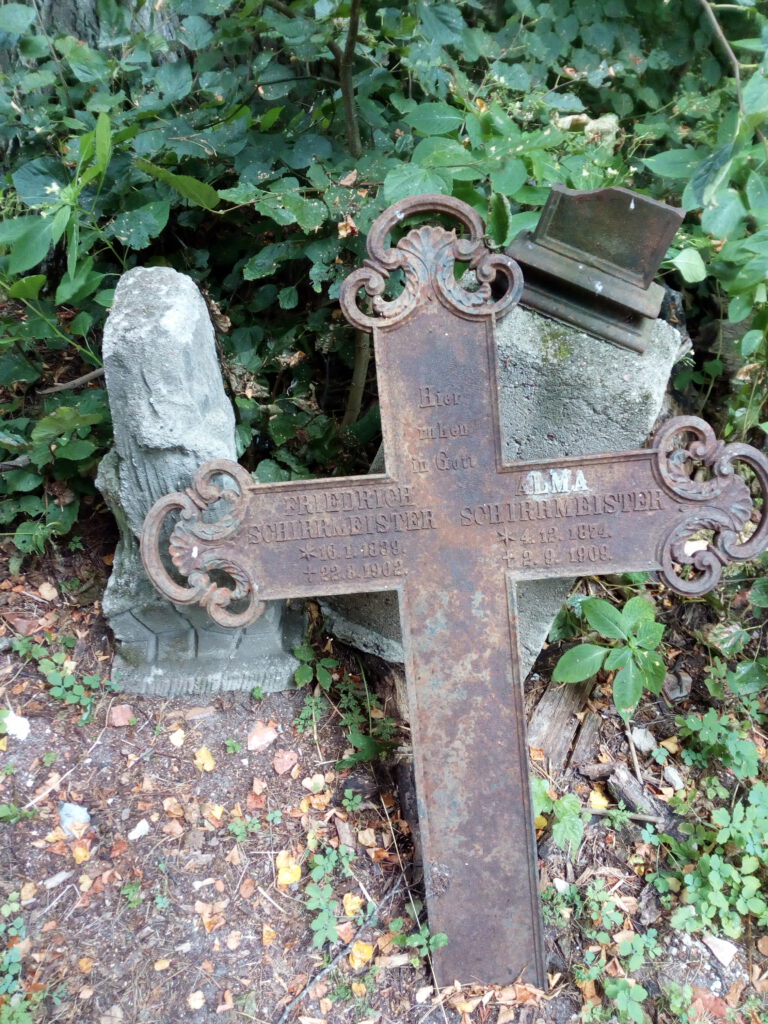 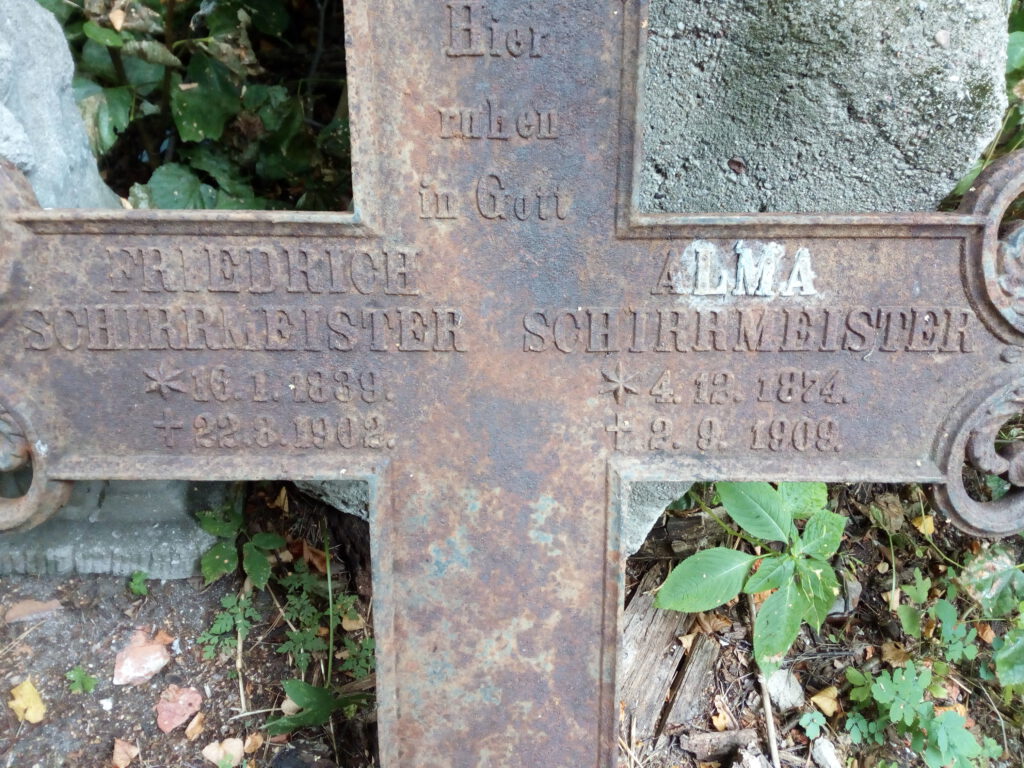 Friedrich or Fritz Schirrmeister probably did not come from the area around Steinort, because all the persons listed in the church records with the name Schirrmeister are members of his family. From 1869 until at least 1901 he kept the accounts of the Lehndorffs in Groß Steinort as a rendant.[1] He had to deal not only with the payment of the day laborers and other employees of the estate. Schirrmeister also organized timber sales from the count’s forests, controlled the supply and sale of livestock, took care of the tax return and occasionally even the repair of machinery. When the count was not there, he also reported to him about the weather and estimated its likely effects on the harvest. Or he worried about the sick children of farm workers on the count’s estates. In 1893, he reported to Count Carol’s mother: “After two children of instmann Bartnik have succumbed to scarlet fever in Klein Steinort, the disease seems to be over.”[2] Carl Hand, also buried in the cemetery in Groß Steinort, became Schirrmeister’s successor as accounting officer.

Fritz Schirrmeister was married to Elisabeth or Elise, who was born in 1846 or 1847. Her maiden name was Rudolf. She died on 1 February 1912 at the age of 66 as his widow in Groß Steinort.[3] It is possible that she was buried there in one of the unidentifiable graves. The couple had three daughters. Agnes Helene Elisabeth, born on 8 June 1886, married the landowner Emil Otto Bernard Nithack from Silberberg in the neighbouring district of Lötzen in 1902 in Groß Steinort.[4] We know nothing else about the middle daughter Helene Elise Margarethe apart from her date of birth, May 22, 1876.[5]

The eldest daughter, Anna Sidonie Alma, who was buried with her father, seems to have been the family’s problem child. Born on December 4, 1874, she was baptized more than three weeks later, on December 27.[6] A letter from her father to Carol von Lehndorff, written in 1884, shows that Alma had suffered from spinal curvature since early childhood and had therefore “already caused quite a lot of medical treatment costs” to the family. Now she even had to “stay in the clinic in Königsberg for 8 weeks, otherwise no help for the poor worm is possible.” Since the father was “currently unable to bear the enormous costs,” he asked “that your Highness would approve that I take 3-400 Mark advance on my salary”.[7] As Alma’s relatively early death suggests, however, even such treatments apparently could not help the daughter in the end.