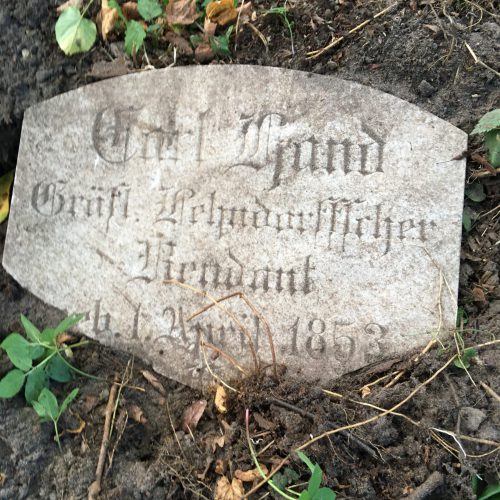 The father of Carl Hand (or Handt) was the landowner Friedrich Hand. Carl apparently did not come from the area around Steinort, where there was no one named Hand or Handt except for a woman named Catharina in the 18th century. At the beginning of 1903 he was mentioned for the first time in the Angerburger Kreisblatt, as an estates gendarme in Groß Steinort. A little later that year he replaced Friedrich Schirrmeister, who was buried in the cemetery of Groß Steinort with his wife, as the rendant and accountant of the Lehndorffs. Carl Hand remained entrusted with all financial matters on their estates until his death in 1916.[1] Walter Hindenberg, who was born around 1880 and held the post of the Lehndorffs´ paymaster from at least 1928 to 1945, probably succeeded Hand.[2]