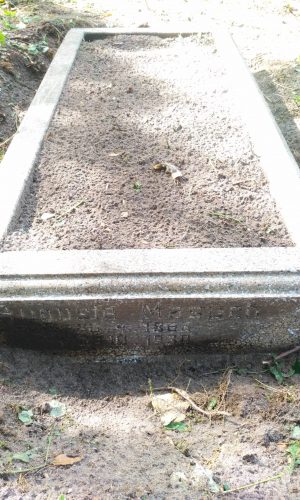 According to a memoir in Steinort, the Masuch family was considered “long established”. Apparently, the Masuchs had used the time well to multiply. There were so many of them in the late 19th and early 20th centuries, and so many Auguste Masuchs that the woman buried here could not be identified. Until 1945, a Masuch family in Groß Steinort provided the count’s coachman and the chamberlain, and there were also Masuchs in other parts of Steinort.[1]