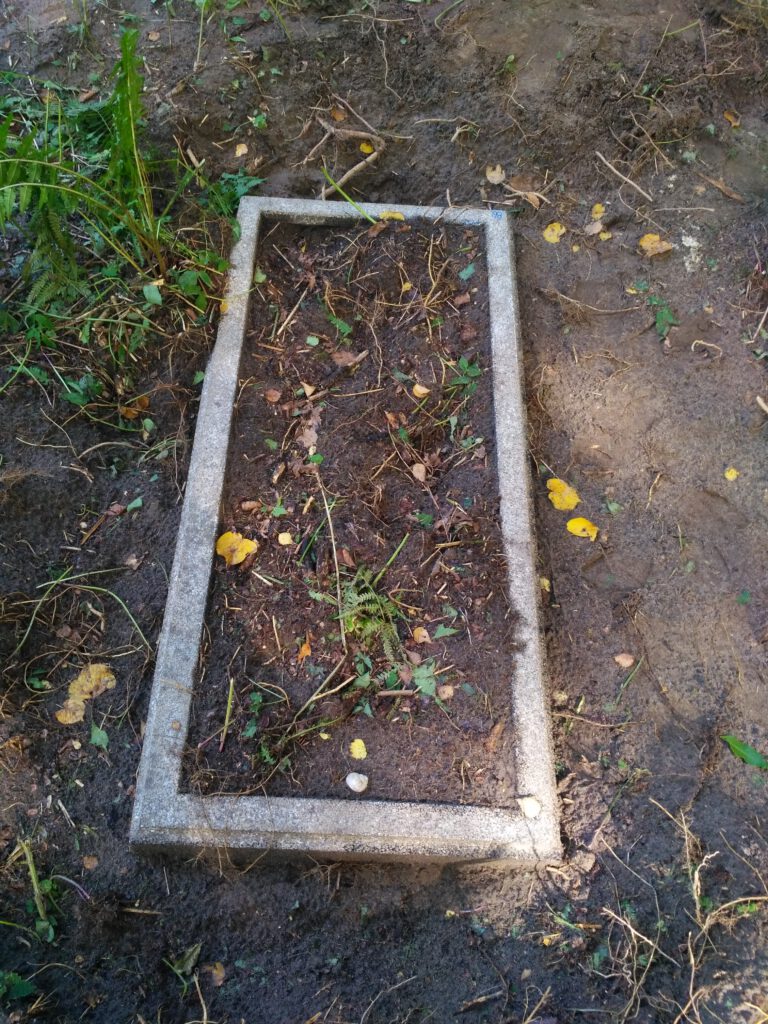 [no date of death given]

August Wank was personal hunter (Leibjäger) of the Lehndorffs in the 1880s and became a forester around 1889 – as had been his father Daniel Wank, who came from the district of Sensburg and died shortly before the wedding. On July 11, 1889, August married Emma Wank. Emma and August’s son Otto August Paul Wank was born on March 26, 1890 in the Forsthaus Mauerwald. Apparently he remained the only child. He served as a sergeant in the First World War and was killed in action in 1918.[1] Obviously August stayed alive longer than Emma. The date of death on the frame of his grave was never entered. He was followed as the district forester in Mauerwald by Paul Kreuz, who held this office until March 1945, when he died.[2]

[2] Bundesarchiv Lastenausgleichsarchiv Bayreuth, OstDok 3/31, Bl. 86, 120, 124 (then allegedly “killed by Poles because he was hunting and possessed weapons”).