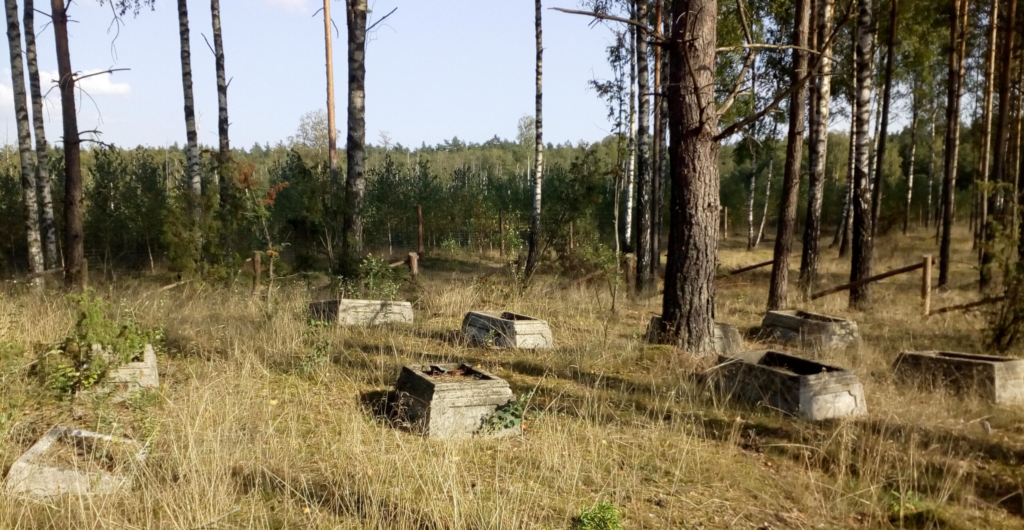 Pasken was a village in the Johannisburg Heath, located on the Pissek River. It was first mentioned in a document in 1495, making it one of the oldest villages founded by the Teutonic Order in the region. In 1716, on the opposite bank of the river, a sister village named Klein Pasken was founded, which, contrary to its name, had the larger number of inhabitants. Accordingly, there are only 13 graves in the Groß Pasken cemetery, nine of which are children’s graves. Only the grave of Hildegard Grode can be identified. In 1905 Groß Pasken was incorporated into the larger village Dziadowen, which from then on was called Königstal.